Detox is the end-to-end automation and testing framework which runs on a simulator or a device, almost like actual end users.

Software development needs quick responses to the market and user needs. It is a fast cycle of development that can result in breaking the parts of the project sooner or later, more so when the project is too large to handle. The technical intricacies of it tends to overwhelm the developers, and even the business owners find it difficult to maintain the track of the scenarios that the product serves.

In this case, there is a need for the kind of software that stays on the top of the project and lets you deploy with ease. However, why do you, at all, need to go for end-to-end testing? Isn’t it enough to go for integration testing and unit testing? Is there any reason to bother ourselves with the complexities of end-to-end testing react native apps?

The first thing to keep in mind is that the complexity problem has been effectively handled by most end-to-end frameworks, and this goes to the extent that some of the paid, free, or limited tools let you record the tests as the user. You get to replay it afterward and generate the code needed. It is a really handy feature, even though it does not let you address the complete range of scenarios programmatically.

Read Also – When to Choose React Native for Building a Mobile App and When to Avoid It?

The question has always been posed in a way that goes unit testing versus integration testing versus end-to-end testing. Now, the problem with this kind of mindset is that it divides the developers into camps. It’s not a war between the evil and the good, after all!

Instead of being divided under camps, the need of the hour is to learn from each of it, and get into the whys and not the how-s. Now that it has been clarified, let’s move on to explaining what exactly is end-to-end testing, and what is detox.

So, what is end-to-end testing? 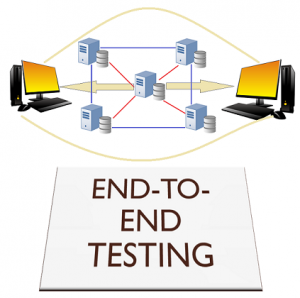 As opposed to unit testing, this is the kind of testing that aims to cover the functionality of your application as much as possible. You tests will be more reliable when it is able to cover more functionalities. Thus, it incorporates the different stages of the application, such as:

End-to-end testing in the mobile applications 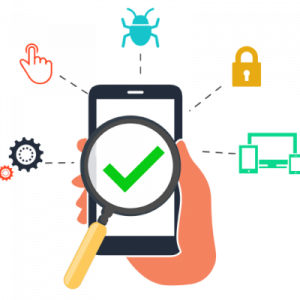 The procedure of testing out mobile applications is a lot like that of the web. Now, let’s revise the steps that have been mentioned before:

An introduction to Detox

The benefits of end-to-end testing have already been discussed, and the value it offers in ensuring confidence in fixing issues and in the deployment of new features, have been outlined. But, what exactly is detox?

Detox is the end-to-end framework, created by Wix, which is used for mobile applications. Wix is also one of the major contributors in the React Native community. They are also credited with the maintenance of other wonderful projects, like react-native-UI-lib, react-native-navigation, and definitely, detox. The most likeable aspect of the framework lies in the fact that it offers a great abstraction in selecting and triggering actions on the elements.

The philosophy for Detox react native automated testing is the ‘gray box testing.’ It is the kind of testing in which the framework has a complete understanding about the internal parts of the products it is testing.

In simple words, detox test knows it is in React Native, and it understands the ways to start the application as the derivative of the Detox procedure, and the way it reloads when required after each of the tests. Thus, the results of the tests remain independent from one another.

For a long time, it has been the most in-demand library for the purpose of end-to-end testing in the React Native in any React Native App development Company. It is also the one that has a highly active community. To top it off, even React Native commends it in the documentation.

The benefits associated with Detox

One of the many reasons behind the birth of Detox is to solve the issue of flakiness, which means it keeps on waiting till the action in the app is completed, and resumes only at the time when the application sits idle. EarlGrey, the other framework is what makes this a possibility.

Here are the four things to like about Detox:

Details of testing with Detox

You need to fulfill the given conditions before you start testing:

Start with the addition of Detox as the dev dependency for your project. In the CLI, it provides commands for setting up the projects automatically. You will have to run it. It will lead to the creation of a folder named e2e with a fundamental test and a few initial configurations, like init.js. This is the file that asks jest to begin the simulation, and the likes.

You can modify the initial test for checking whether the first two sections are showing. In the next stage, you’ll need the addition of the configuration for Detox inside the package.json. Add an object to your Detox key to replace the previous name with your application’s name.

After this, try building the application using the running build. And, you can run the test now, provided there is no failure in the build, in which case you will need to start by looking for solutions.

If you are thinking about addition tests to the React Native app, it is highly recommended that you go for Detox. Detox proves to be a great end-to-end testing option for the mobile, which you will love using for more reasons than one.

It will offer you well-abstracted syntaxes for triggering particular actions and for the matchers. Its addition with Jest works wonderfully. You will be able to run the tests in CI. Well, it is agreed that you might face some configuration issues, and getting the right solutions might take a while. But, at the end of the day, the pros are greater than the cons.