Kotlin is a statically-typed, open-source programming language that supports functional as well as object-oriented programming. It is specifically used for developing android apps. Kotlin offers similar concepts and syntax from other languages, such as Java, Scala, C#, and so on.

The aim of Kotlin is not to be unique but draw inspiration from years of language development. Kotlin exists in versions that target JavaScript, native code, and JVM.  This is why Kotlin for android developers is becoming a hit.

Way2Smile is an android app development company that uses Kotlin as its programming language. The reasons are simple and explained below. 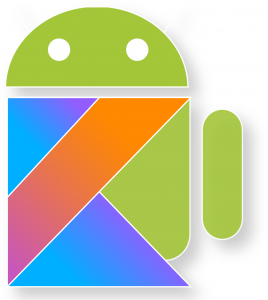 Kotlin is power mixed with simplicity, so the android app development company has a new world of possibilities in case they are coming from Java. Kotlin is currently considered as the only viable option against Java for android app development. Other alternatives like Scala are very heavy, and compilation tools and times cannot be compared.

Presently, the compilation times in Kotlin are similar to Java, and the library needed to write the Kotlin Apps is really small, so it would not increase your method count as much. 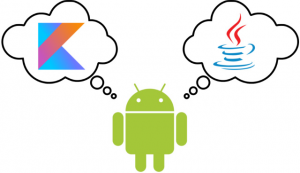 Kotlin for android developers is completely compatible with Java. So, Kotlin developers possess the access to all the Java libraries and frameworks while writing more concise and clear code. So, an android app development company can use both of the languages while building an app as well as shift their apps from Java to Kotlin.

If a company has a huge Java-based project with several millions of code lines, it can convert it to Kotlin easily a single file at a time, you will see everything is successfully compiling. So, migrating a Java project into Kotlin is smooth like a piece of cake.

Environment and Language are Mature 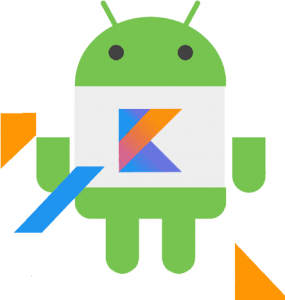 Since Kotlin was released after a series of tests, it is really smooth. You can expect hardly any problems while working with this language. The IDE plugin works flawlessly, and allows several features that you use and love in Java.

Before Kotlin’s final version, it spent a number of years firm in alpha then in beta. In fact, even before the beta was released, people were using Kotlin in actual projects.

You can have Kotlin project installed and within 20 minutes, you can work with it without any problems, even when you do not know anything about Kotlin. You simply need to install a plugin with Andriod 2.3, and in 3.0 the entire process will be integrated seamlessly.

From there, everything will work just like the way you would be working with Java – you may run from the IDE, do refractors, debug without issues, use instant run, etc.

While less code is crucial, readability should be considered as well as desirable improved. An android app development company receives them both with Kotlin. JetBrains (Kotlin’s developing team) did their best in order to make Kotlin as concise as possible. They managed to do it.

When done right, less code results in lesser bugs. So, when you allow a framework to take care of specific mundane coding aspects, you can focus more on the important things. Kotlin is completely about simplicity, high readability, and the facilitation of app development process. 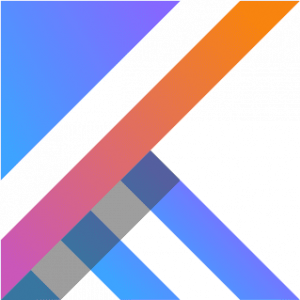 This programming language, Kotlin, came from the industry and not academia. JetBrains required an easier tool than Java to function with their primary product, IntelliJ IDEA, completely written it in.

JetBrains investigated alternatives, were not satisfied, and then decided to develop their own language. The aim was to obtain an effective tool, which could be used with Java and work at every place where Java can.

Therefore, Kotlin solves the challenges faced by the programmers. For example, the type system helps in avoiding null pointer expectations.  Usually, research academic languages do not have null, but this if not of any use to software engineers who are working with APIs and large codebases. 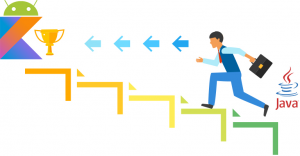 Since the code of Kotlin for android developers is more concise, it is obvious that a compact, clear, and concise code is also a safer code. Because Kotlin is compact, it allows for lesser errors.

With fewer common programming mistakes, Kotlin supports a decreased number of system failures and fewer crashes. Also, since the code is easy-to-understand, it is more difficult to establish errors.

Also, developers get encouraged to take into consideration the potential problems that their code may present from the early stage of an app’s development process. Thus, Kotlin for android developers allows the developers to be more cautious and write more stable and robust code in production.

Read Also – How Kotlin Coroutine Helps in Enhancing The Complexity Of Execution In App Development? 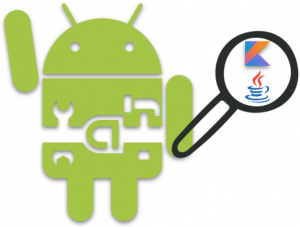 Kotlin for web developers is a one-stop language for every app development, as it supports various IDEs and includes Android Studio. So, an android app development company is free to utilize all the already tested and tried development tools that it is comfortable with in order to maintain its codebase at scale.

Comes with a Safer and Smarter Compiler 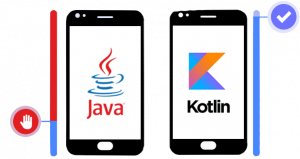 Amongst the main goals of the development team of Kotlin while creating this programming language was adding has been good compiler. Some of the crucial aspects of compile in Kotlin are – 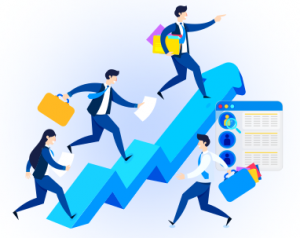 Kotlin has been created with the developer productivity in mind. Enhanced productivity links to concise code, including the overall clean language design of Kotlin and its intuitive syntax. So, it will take a developer lesser time to write new codes in Kotlin, as well as deploy it and maintain it at scale.

In Kotlin, there more to enhancing developer productivity than its clear and concise code. In this respect, Kotlin has been equipped with several powerful features that fasten every-day development tasks –

Way2Smile is an android app development company that prefers to use Kotlin as its programming language. With Kotlin for Android Developers, app developers are able to benefit a lot since the language is comparatively simpler, more advanced, and fully compatible with Java.

Kotlin is very concise as compared to other languages. So, while developing an app using Kotlin, the errors would be comparatively less, which will ultimately contribute to smooth user experience. Due to decreased errors, the productivity of a developer is enhanced.