Design once, code once, pay once, but deploy in multiple platforms!

Why spend a fortune to develop your legacy when you can fit it in your budget? Bring out your best game in your MVP!

We help various startups and businesses with cross-platform app development to extract maximum efficiency from the process. Our design is fluid, responsive, and can adapt to different platforms to stay functional.

Hybrid app development requires fore-planning, versatility, and a vision that clearly conveys the core values of your MVP. At way2smile, we offer cross-platform app development solutions that are viable and can have space for innovation.

Addressing the elephant in the room, cross-platform app development or hybrid app development makes the developing process easier hence more focus at the crux of the issue. If you have an explosive idea, you can use this multi-platform development to map out a minimum viable product that conveys your vision- light on the pocket but packs a heavy punch!

There is a myth that native apps perform better but in reality, the performance is subjective and depends upon various factors. You can integrate almost every feature in cross-platform applications like you do in the native apps, but one of the major advantages lies in the working process.

Hybrid apps receive the same treatment as native apps after deployment. you can update your hybrid apps if you want to, you can add new features, update the security patches, eradicate bugs, etc. The compatibility factor of the application is the ultimate selling point of hybrid apps.

The collection of data from the customer end is highly valuable and can help you enhance your vision, particularly if you are choosing to build an MVP. When you combine a powerful cross-platform application with a functional backend process, data utilization increases by many folds.

One of the major benefits that come with multi-platform development is that you save a ton of money! Different platforms require different technologies, hence different skills. Hiring these skills would cost you a fortune. In cross-platform app development, a general approach is taken and helps you to cross the platform borders with ease.

One reason- we are passionate about our work. our love for technology is what motivates us. We provide a wide range of solutions in Dubai including mobile app development, web app development, cross-platform app development, etc. but our vision remains the same- to accelerate positive change through digital transformation and technology!

Our team consists of diverse talents and skillsets, and their vision for the future aligns perfectly with the organization's vision. We strongly believe that business needs to happen on a strong foundation of ethics and morality, and we are proud of our values and ideologies.

We are strong advocates for the environment and we believe that achieving Sustainable Development Goals as an organization can accelerate the process of creating a globally sustainable future.

How we pick a cross platform technology for your mobile app ?

We have built Hybrid Apps for multiple industries using the Android and iOS technologies and reaped huge success. It has provided us the insights and ideas about choosing the appropriate mean tech stack for your mobile apps developments. Way2Smile Solutions have worked on some of the Cross Platform IDE for developing mobile apps and they are listed below::

We build data driven mobile apps integrated with a clean design and swift responses for stimulating high ROI. Our developers build hybrids apps that having an intuitive user interface coexists with easier navigation and functions. We specialise in mobile app user experience and build powerful layouts with maximum functionalities that often enables mobile users to add details every time.

We build cross platform apps that satisfies to all the client’s requirements irrespective of the previewed mobiles. Our Way2Smile hybrid app developers are skilfully creative in their designs with prominent features included in the hybrid apps that promises its marketability. We consider all the inferences from mobile app analytics and then choose the cross platform technology that fits aptly for your business. It also limits the app development cost and make you stay within the budget.

Most of the mobile applications lacks in maintaining a mobile connectivity and the only robust applications are hybrid apps that works fine across cross platforms. It also leads to development of cross platform mobile apps. Hybrid Apps always have the community support for enabling cross platform apps to work both online and offline mode efficiently. Our hybrid app developers work in personalizing contents for the remote user and make way for suggestions and excellent customer feedbacks.

Hybrid Apps offer the high security and robustness for the mobile user and indulge them into record personalize mobile apps. At Way2Smile Solutions we consider every valuable ideas that preserves high security whenever selecting the cross-platform technology for mobile apps development process. Our hybrid apps are reliable in retain data security and much faster in performances.

Our expertise on Cross Platform Framework, Mobile App Development is shown below :

Xamarin Framework is developed by Microsoft that is preferred for cross platform mobile apps developments. It uses C# and built-in vast libraries during mobile apps developments and complies to their compatibility towards iOS, Android and Windows platforms. Xamarin Framework allow the code sharing facility on to different mobile technologies. It has several of the default portable class libraries like JSON, ReactiveUI and SQLite for achieving instantaneous responses.

Ionic uses JavaScript, HTML5 & CSS for developing cross platform mobile apps with hybrid compatibility. It has a great user experience and smooth animations that might allure any app user and also considerably eases out the development process. Ionic has a huge community support for maintaining the powerful mobile connectivity reliably and intermittently. It can build hybrid and progressive web apps and extend its service across multiple mobile platforms.

Apache Cordova is developed from the C# and C++ languages that is highly effective in producing cost effective cross platform mobile apps. Our avant-garde approach in designing cross platform apps results in yielding an exponential growth for businesses. We choose Cordova framework for its powerful attributes of sharing apps with a no of built-in functions and features integrated within a smartphone. Its performances over the clouds were discovered to be near to perfect native apps responses. Further, Apache Cordova is easy to learn and develop hybrid apps that are compatible over Google, Apple, Windows and Amazon App Stores.

A glimpse of our main course! 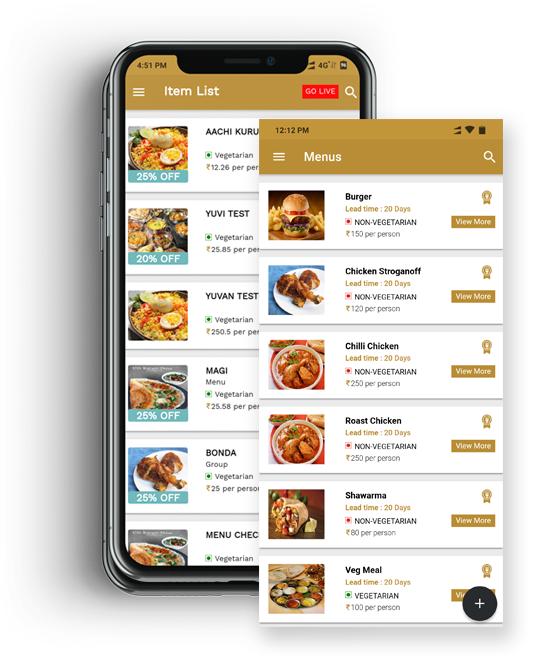 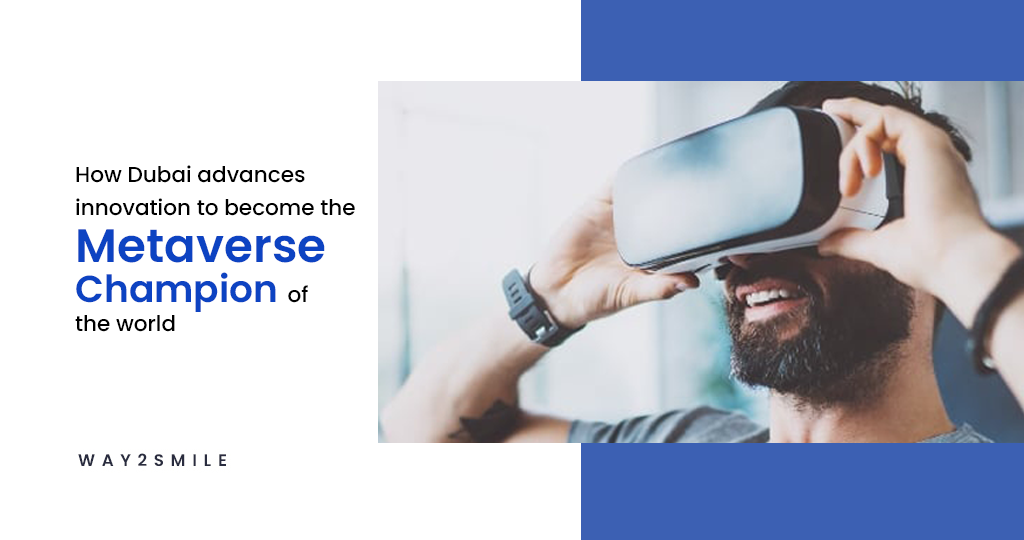 As the world’s economy continues to shift, Dubai is taking advantage of this new reality by 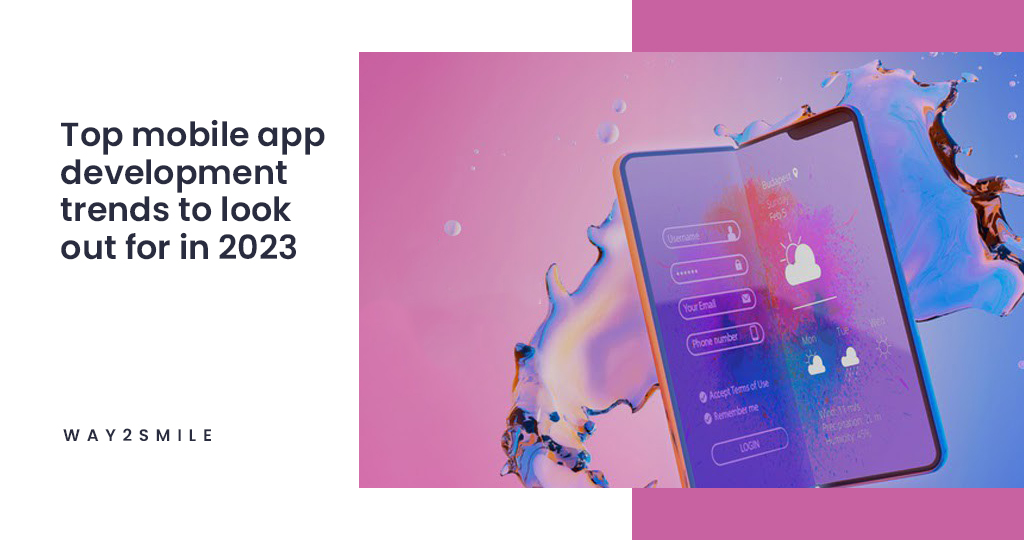 Top Mobile App Development Trends To Look Out For In 2023

A lot of new technology trends will start to emerge as 2023 approaches. Mobile app development trends constantly evolve as new Android and iOS app versions are released. The creation of mobile apps... 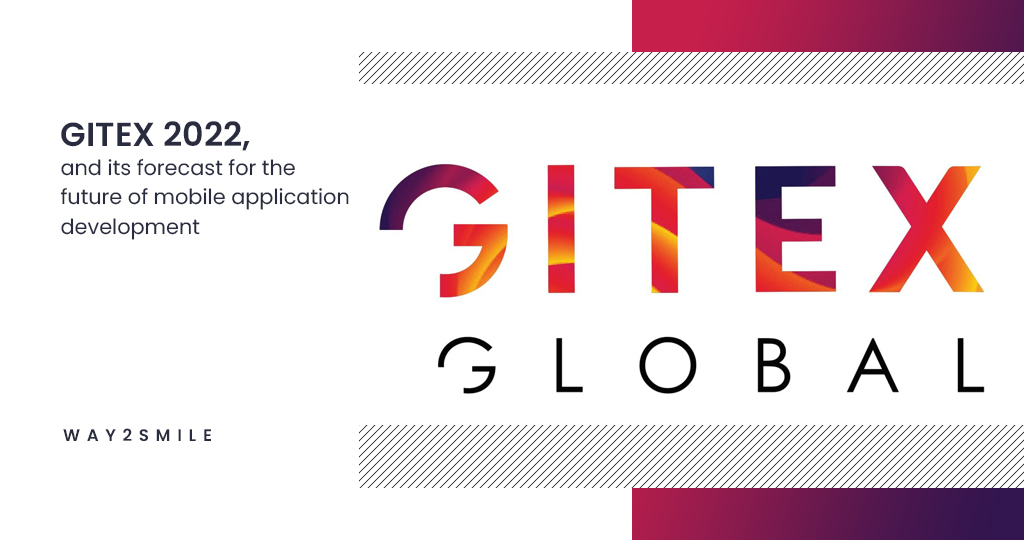 The GITEX 2022 conference is focused on the world’s digital transformation and is conducted every.....

Bring context to your business with our higher-end tech solutions! Let's collaborate to make the impossible happen!

To request a quote or want to meet up for coffee.contact us directly or fillout the form and we will get back to you prompty.