Cognition, in simple terms, is the process of learning and understanding through our senses, experience, and thoughts. A cognitive city is a city that constantly learns and unlearns the different behavior of its residents and environment and responds to their needs accordingly.

The very existence of a smart city is to be a stepping stone in an evolutionary chain that gives birth to a cognitive city. While smart cities are efficient in their own way, a cognitive city simply sweeps the board with its numerous data points and interconnected web of knowledge about the city. Thanks to the leading technology consulting firms in the market, the world is on its path to getting 100% digitized, further facilitating the creation of cognitive cities.

Most importantly, a cognitive city takes a whole new perspective on “development.” For example, the construction of a new building in an urban area is bluntly considered development if it fetches the ROI back. We don’t consider the damage it brings to the environment, the displaced people, and even the impact it brings to life forms other than humans. However, a cognitive city would see this event completely different from what we are programmed to think.

A cognitive city would explore multiple dimensions of an event and analyze its consequences, thus paving the way for holistic development. It’s almost like the “city” is treated as a separate entity, and it interacts with its population seamlessly by leveraging advanced technologies. As the system interacts with the population, it records their responses and thereby evolves constantly.

Simply put, a cognitive city is a sustainable city. As we witness rapid urbanization, the need to be resource conscious is now more than ever! Though many sustainability strategy consulting firms are helping industries be optimal, we still need more effort from businesses and governments to reverse the damage we are inflicting upon the planet. And building together cognitive cities is a “close to the ideal” solution at present.

And the whole crux of our lives is reimagined, including media and culture, environment, jobs, social security, energy, quality of life, healthcare, education, transportation, and every aspect humanity depends upon. Many of us relate sustainability to just climate changes and environmental impact, but the vision carries more. It carries the idea of the holistic development of humanity itself- both in a real and abstract sense.

What math is to physics is technology to humanity. It’s our language to understand life and move a whole race forward. The odds are in our favor when we leverage a neutral platform like technology to build a sustainable future, and at the pace at which we are moving now, it’s better to throw in all our chips to increase those odds.

You may also like: How are Governments safeguarding Marine Life with Tech Solutions? Role of Way2Smile in helping out them!

The participation of the public sector 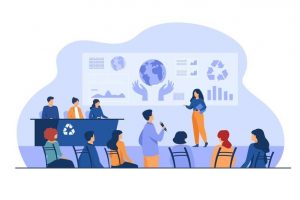 The goals of sustainability are useless without effective participation from the public sector. In a time when many believe that climate change is a hoax (which is NOT!), governments should take strong measures to instill the values of sustainability among the public. The weight of the vision is too big to be carried by individual players. We need to make sustainability a part of our nation’s agenda and take on the most scientific approach to achieve it, making the possibility of a cognitive city much more likely!

NEOM– a futuristic, sustainable, cognitive city that’s being built by the government of Saudi Arabia is gathering the best minds on the planet to create a high-functioning and feasible cognitive city. They are reimagining energy, food, transportation, tourism, and whatnot! The project infuses sustainable technology solutions across the city’s infrastructure. This allows for the city’s digital infrastructure to collect multi-dimensional data and leverage it to provide a maximum user experience.

The government of Saudi Arabia plays an important role in the idea of NEOM. They were able to onboard crucial resources to the project with the support of the government. Nearly half a trillion dollars have been funneled through the public investment fund of Saudi Arabia and international investors. The project is expected to be completed by 2025, and this time frame is impossible to achieve without the participation of the Saudi government.

It’s obvious that a cognitive city will attract millions of tourists globally, but we have to bear in mind that the city will have its residents, too! Balancing this equation is also the responsibility of the government! Leveraging influential pieces of technologies like big data analytics solutions can expand our knowledge horizon and help us understand the bigger picture.

You may also like: How Has Technology Changed The Government? 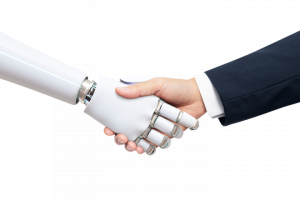 The change should happen right from the design process. It is important to explore the narrow design perspective we usually adopt and adopt a true, all-inclusive design strategy. There is no doubt that a cognitive city would be nothing short of a prowling economic engine but the effectiveness in making the system more empathetic.

Commerce opportunities present themselves when innovation is integrated within the communities. Technologies like AI and cloud computing are transforming businesses by making them more optimal. Now imagine the impact when they operate in a highly interconnected network! Many digital transformation companies are already providing high-impact cloud computing solutions that are transforming the market terrain drastically.

Technologies like quantum computing, supercomputers, and edge computing will power the whole infrastructure of the city. Coupled with the IoT revolution, these booming technologies will combine the knowledge from different sources and give us the opportunity to solve “real” and compelling problems of humanity.

You may also like: Technological Innovation: The Knight in the Silver Armour!

It’s a real possibility that we might be talking about spending our vacation in a cognitive city in the next 5 years! By the time a successful model is established, the market would already be too busy to pool its resources to build an even better version of the existing cognitive city. With the rapid urbanization and increasing popularity of smart cities, people would also easily adapt to such a unified environment! Well, being optimistic hurts none, right?