It is no surprise that the smartphone market is dominated by the two tech giants- Google and Apple. Android developed by Google is one of the most leading mobile software in the market while apple focuses on the complete package (hardware + software). Other tech giants like Microsoft tried to enter the field but unfortunately, their line of smartphones collapsed in front of Android and iOS.

Fast-forward to the present, Huawei was caught on the crossfire between China and America. The trade sanctions were a huge blow to the company, despite the foreshadowing. Google, the giant from Silicon Valley has cut its tie with the company. Any Android powered Huawei devices are now incapable of accessing Google services like google maps, google pay, google play store, etc. 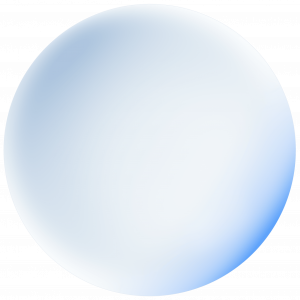 Though Huawei was optimistic about the Chinese market there is no way that this decision leaves Huawei unscathed. To compensate for what it has lost, Huawei devised a rather aggressive strategy. Though speculations of a third OS had been there for a long time, Huawei accelerated the process of developing its own operating system called HarmonyOS.

The design of the harmonyOS itself is ambitious. The interface brought the best things from the two worlds (Android and iOS). The harmonyOS is said to be developed from an android open source hence it eliminates the questions like “Will it run android apps other than Google?“.

Huawei has said that it is planning to roll out its new OS for nearly 400 million devices in 2021. The OS itself is a right blend between functionality and aesthetics, clearly designed for the future. The whole platform is visualized by keeping IoT in mind. HarmonyOS is compatible across many devices like smartphones, tablets, laptops, TVs, cars, etc. This allows space for improvement and one could easily say that Huawei will be a tough competitor in the market owned by the two tech giants Apple and Google!

What is the scope for HarmonyOS?

The scope for harmonyOS is increasing every day as a lot of tech enthusiasts are created. People want to visualize the future of the tech world more like an ecosystem that leads towards automation. People have been interested in various projects like Google’s smart glasses, self-driving cars, Apple’s smart AR glasses, etc. The problem is, they also expect functionality and value for money. It is always a tussle between price and functionality.

Though Microsoft initiated such a process in the past, it utterly failed in establishing its presence in the smartphone market. This failure can be primarily attributed to the fact that there was no adequate app support in the platform. The platform lacked developers despite the incentives provided by Microsoft. 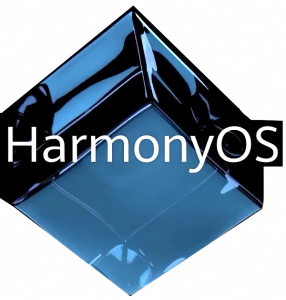 Huawei is shrewd enough to learn from Microsoft. The company has devised an aggressive strategy to entice the application developers for its platform. Nearly 4 million mobile app developers have signed up in the HarmonyOS app creation platform. As the entire platform is based on an Android open-source code, developers can make use of the familiarity. The company aims to gradually come out of this system and build its own version on a new kernel.

The future of the tech world looks promising and tech enthusiasts are more than optimistic about the new changes. People were longing for a revamp in the tech world and the latest move from Huawei could ignite the change. There is no doubt that the future is based on IoT and HarmonyOS paves way for that. Ecosystems by Apple and Google are operating in the market aggressively to occupy the space, even driving Microsoft out of the picture. Ecosystems are the future for all the Silicon Valley giants. The number of people who own at least one smart device is increasing. People are moving towards automation and smart homes. In the beginning stages, people were critical of self-driving cars until Tesla proved otherwise.

Huawei is gearing up for the future and it makes sense! Anything out of the ecosystem will look obsolete in future. Huawei is already on tablets and TV market. Later this year, Huawei has listed some of the major companies with which it is going to partner and one of them is Meizu. It is one of the largest consumer electronic goods manufacturers in the world. This opens up infinite possibilities for Huawei.

The partnership with Meizu can help Huawei in many ways. HarmonyOS is no longer restricted to Huawei devices. The latest buzz is that Meizu is moving towards a smarter home approach. This will make HarmonyOS one of the most dominant in the market in no time. Many Digital Transformation Companies in Dubai are already focusing on developing applications in HarmonyOS.

What about Huawei smartphones?

Huawei smartphones are known for their spectacular hardware. Right from their display, cameras, user experience- everything is honed to perfection. If not for the trade sanctions on China, Huawei would have dominated the market. There is still hope.

This enables users to install play store applications from the web. The only play store apps that do not work are the ones that use google play services. All the other applications work effortlessly smooth. The cameras are still some of the best in the industry and the native platform looks similar to EMUI which makes the transition easier. It is of no doubt that the importance of HarmonyOS in the smartphone world will skyrocket in the future.

How HarmonyOS can change the market in Dubai? 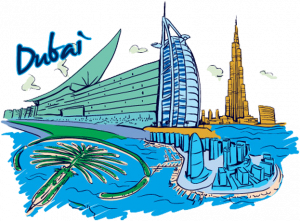 HarmonyOS has a lot of potential in the Dubai market since more people in Dubai are using Huawei phones. A dynamic international audience is all that the company needs now. Capturing the Dubai market can be a game-changer for Huawei. Famous tech exhibitions like Gitex can put Huawei on the map. harmonyOS in Dubai is as good as it gets.

Read Also – Digital Transformation in Dubai: What’s Next for the Oil & Gas Industry?

If not for the trade sanctions on China, Huawei smartphones would have been dominating the global market. Huawei smartphones provide some of the smoothest performances in the whole wide market. Nevertheless, the new strategy of Huawei may look a bit unconventional but will be effective in the coming future. HarmonyOS is all up for the game!