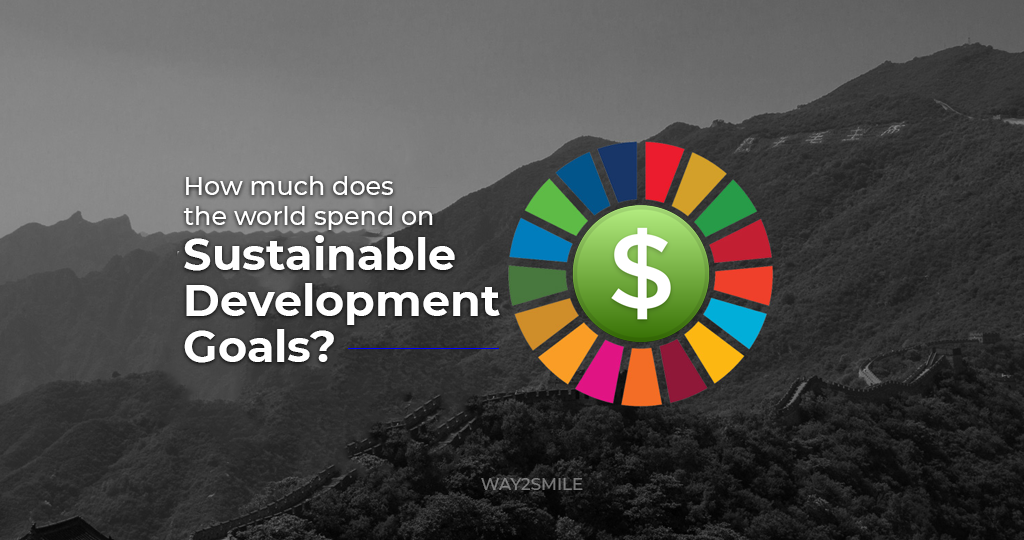 Sustainable Development has become a mandatory thing across the world. As the world is out to survive for every human being, it is important to protect and safeguard every living creature. This has been the major motto of most businesses in today’s environment.

The primary motto of SDGs is to eliminate poverty, fight against inequalities, safeguard the environment including the living creatures at forestry & marine, tackle climatic & environmental changes, etc such that every living being is protected with utmost care.

Moreover, countries across the globe have started operating on SDGs already by adopting various approaches at different cost factors. So, here is the summarized report of the budget plans spent across diverse domains in the name of sustainable development goals statistics:

1. Global Public Sector is spending more than $20 Trillion a year

As per the report, SDG is already spending more than $20 Trillion a year right from 2015. It is spent on various sectors such as:

And much more. If the same economic trend prevails, the cost of spending is likely to reach $33 trillion or even more by the year 2030. In other words, global SDG spending on the public sector will grow up to $12 trillion for a year.

The global public sector can gain a huge amount of data which offers future insights into various things such as climatic changes, future dangers, etc, and take precautionary measures before itself. This can also, in turn, reduce the financial expenses which were preplanned.

In lower-middle-income countries, the expense would hit around $1.9 trillion in 2030. With the increase in population from 2.9 billion to 3.5 billion in 2030, spending will also increase to $530.

Now let’s consider the estimated amount spent and spending to achieve SDGs. Results here can be differentiated across various sectors which we have discussed already. However, spending doesn’t mean spending equally. The cost factors may vary depending on the type of service and why it requires the need for SDG.

In the countries which get richer, prices may vary, the cost of providing these services would also vary, systems & networks must be maintained, and it will also demand the increase for higher quality services which leads to overall spending.

4. The financing gap vary by income level and also by country

While comparing minimum spend needs with mandatory spending needs, one can get a clear perception of what developing countries are actually facing. If you consider lower-income countries, they tend to have the most significant SDG financing gap.

While there are countries that come under the category of “overspending”. However, it is an indication that each country projected for 2025 should cover at least minimum threshold services. Countries such as Ethiopia, Bolivia, Bhutan come under this category.

5. Three opportunities that can fill the financing gaps

There are three major ways in which financing gaps in three ways. Initially, increasing Domestic resource mobilization (DRM). It has been suggested that developing countries could raise 3-5% points of GDP in DRM. Secondly, making a good aid on commitments by seeking support from donors. Previously,  it accounted for $70 billion. While now it is time for new leadership. Thirdly, making use of the multilateral development bank (MDB) system in particular of non-concession officials flows.

Every single industry and a human being should be aware of Sustainable Development goals and make the world a better place to live in! As most of them have already realized its importance, they should also offer solutions accordingly.

If you come under this category, we people can help you. Our major motto is to work on SDGs and help everyone to get a sustainable life all across the world. Let’s know if you have any queries and we, the SDG Solutions Providers can help you out!